Rajasthan is the “Land of Kings“. It is one of the most visited states in India. There is the desert to holy lakes, temples to forts in Rajasthan. Rajasthan is a magical place, which has lots of surprises in its every corner. Rajasthan is famous for its royalty, rich culture, and heritage. It is famous for forts, palaces, Havelis, and its rich culture. But it has also many religious places.

The colorful state of Rajasthan has always been a center of attraction for tourists due to its amazing beauty and the forts and palaces. Rajasthan is known for the dynamic and simple lifestyle and historical battles of its original inhabitants. Rajasthan is also considered the land of colors.

If you want to enjoy your boring vacation in the mode of royal life in the ‘Land of Maharajas’ then Rajasthan will give you the best hospitality. Jaipur, Udaipur, Jaisalmer, and Pushkar are some of the most trending cities in the ‘Maharajaland’ to enjoy the rich culture and heritage of palaces, Havelis, and forts in Rajasthan.

Tourist Places to Visit in Rajasthan: 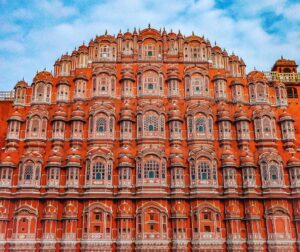 Jaipur, the “Pink City“, is a vibrant combination of the old and the new. It is the capital of the royal state of Rajasthan. This city was ruled by the Rajputs for many centuries. In the 17th century AD, this city was developed as a planned city. Agra, Delhi, and Jaipur form a Golden Triangle and is served as one of the most famous and attractive tourist circuits of India.

Udaipur: Venice of the East: 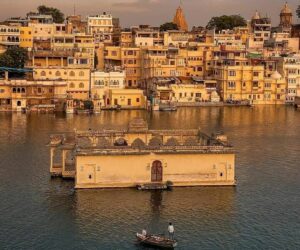 Udaipur is a beautiful city of Rajasthan. This city is also called the City of Lakes. This city is the crown jewel of the majestic state of Rajasthan. It is neighboured by the beautiful Aravalli ranges. This mesmerizing city of Rajasthan is also known as the ‘Venice of the East‘ due to its abundance of natural beauty, mesmerizing temples, and breathtaking architecture. This majestic beauty of Udaipur makes it a must-visit tourist destination in India. Through the serene waters of Lake Pichola, a boat ride is enough to prove why Udaipur is the pride of Rajasthan. It is one of the famous tourist places to visit in Rajasthan. 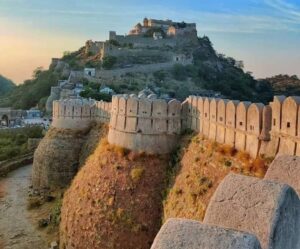 Jaisalmer is an attractive tourist attraction and one of the majestic places to visit in Rajasthan. This city of Rajasthan is situated in the northwestern state of Rajasthan in India. This beautiful city is known as the ‘golden city‘. Jaisalmer is decorated with lakes, Jain temples, and Havelis. The Jaisalmer Fort stands as a citadel and is neighboured by narrow alleys inhabited by people residing there for generations.  Jaisalmer is a combination of exotic Indian desert culture, adventure, and heritage. It is one of the famous tourist places to visit in Rajasthan. 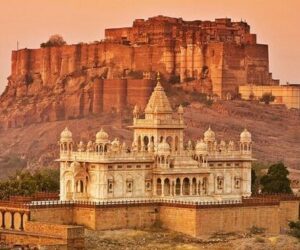 Jodhpur is a beautiful city of Rajasthan. It is also popular as the “The Blue City” due to its look which is blue colored aerial view because of its blue walls and blue houses. This city is also called “Sun City” and the “Gateway to Thar“. Jodhpur is well-known for its Mehrangarh fort, blue houses, temples, sweets, and snacks. Except for this fort, there are multiple temples, lakes, shopping streets that are like a mirage from a bygone era. It is one of the famous tourist places to visit in Rajasthan. 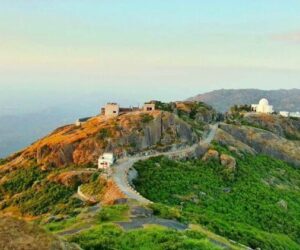 Mount Abu is the only hill station in the desert state of Rajasthan. Its cool and pleasant environment and lush greenery make this region a major tourist spot within Rajasthan. Situated at an altitude of 1220 mt above sea level, on the Nilgiri Hills. It is also considered to be the paradise of Rajasthan. The atmosphere and environment of Mount Abu are different from other cities of Rajasthan. This place is comparatively cooler than other parts of the state. Mount Abu is a pilgrim destination for Hindu and Jainism. The historical temple and natural beauty attract tourists in this region. It is one of the famous tourist places to visit in Rajasthan. 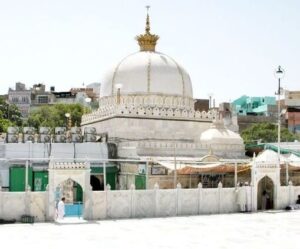 Pushkar: The Only Dedicated Brahma Temple and the Mesmerising Cattle Fair: 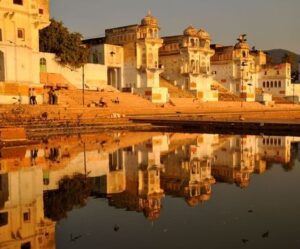 Pushkar is a small temple town of Rajasthan. It is nestled around 15 km from away Ajmer in Rajasthan. Pushkar is a pilgrimage destination for Hindus. Pushkar Mela, one of the biggest camel fairs in India is organized in Pushkar in the month of November. Puskar is popular for the world’s only dedicated Brahma temple. The Pushkar Mela of Puskar attracts a huge number of visitors from all over the world. It is one of the famous tourist places to visit in Rajasthan. 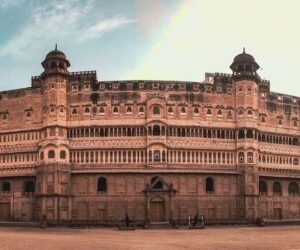 Bikaner is a desert village of Rajasthan, situated in the midst of the Thar Desert. Bikaner is the “cultural paradise and a traveler’s heaven“. Bikaner with its splendor in architecture, art, and culture is filled with color, festivity, and cultural marvels. The city attracts visitors with its stunning view. Sand Dunes and the Desert Safari are major attractions of Bikaner. Bikaner is also popular for hosting the international Camel festival. It is one of the famous tourist places to visit in Rajasthan.

Bhangarh Fort: The Most Haunted And Famous Place In Rajasthan

Vietnam: The Beautiful Land Of The “Ascending Dragon”  ] 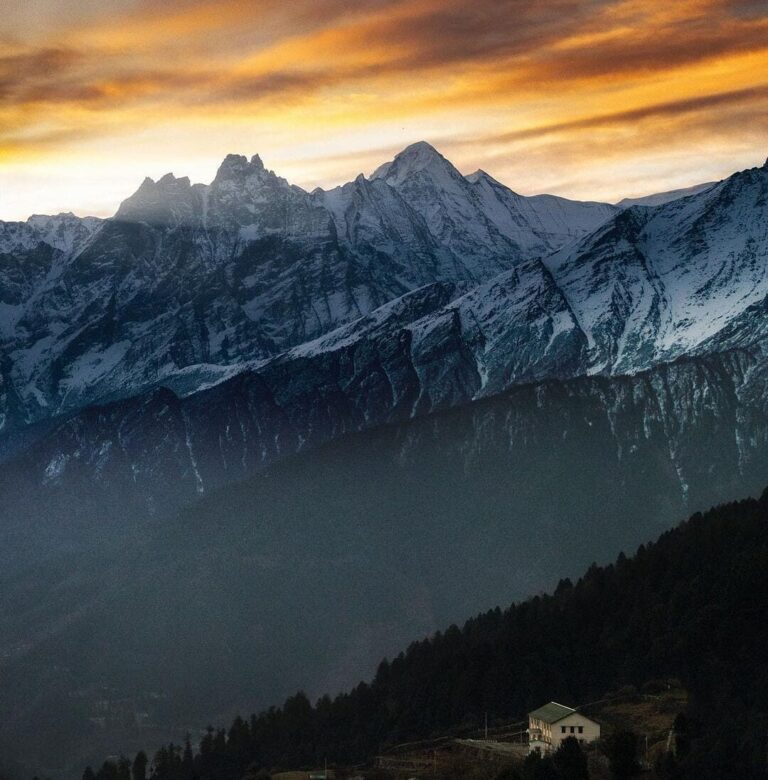 Ziro Tourism: 7 Famous Places to Travel | Best time to Visit | How to go:

11 Famous Places to Travel in Coorg:

Famous Places to visit in Kanyakumari