Lonavala: The jewel of the Sahyadri Mountains | 14 Famous Places to Visit : 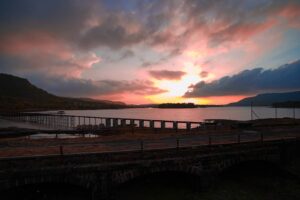 Surrounded by dense green forests, dazzling waterfalls, and dams alongside lakes, it is a must-visit place for travel lovers and nature enthusiasts. This hill station is one of the twin hill stations – Lonavala and Khandala. This place is a well-known hill station in the state of Maharashtra. It is commonly called the Jewel of the Sahyadri Mountains. It is also starting point for tourists interested in visiting the famous, ancient Buddhist rock-cut caves of Bhaja and Karla, which are located near this hill station. This hill station also has an important Yoga center near it. 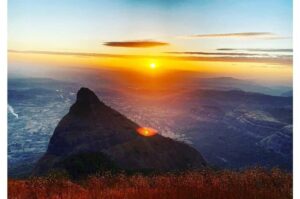 Places to Visit in Lonavala: 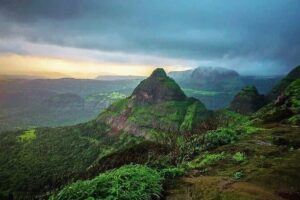 Tiger’s Leap is a famous weekend destination, located 8 km away from Lonavala. It offers an astonishing view of the hills and the Western Ghats. It is well-known for its stunning sunrise and sunset view, especially on a clear day. Tiger’s Leap is derived its name as its resemblance of the shape with that of a tiger leaping into the valley.  The stream collects the waterfalls a which is an activity for water adventures like river rafting. 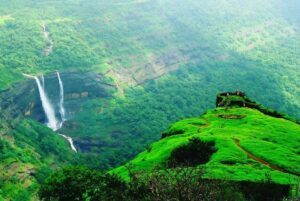 Rajmachi point is a tiny hilly village of Sahyadri mountain. It is at the top tourist list of Lonavala. It is located 6 km from Lonavala railway station on the east Pune-Mumbai state way. Rajmachi has faced many changes from Shivaji Maharaj, Shahu Maharaj, Emperor Aurangzeb, and even in the British era. Rajamachi Point derives its name from the Rajamachi Fort of the famous Maratha ruler Chhatrapati Shivaji Maharaj. The fort was nestled opposite this point. Rajmachi Point serves an astonishing view of the valley and waterfalls surrounding the Rajmachi Fort. 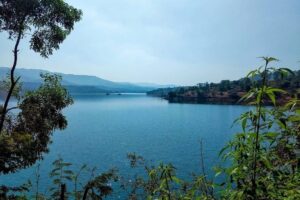 Lonavala Lake is a beautiful and popular lake in the region. Lonavala Lake is nestled on the outside of Lonavla and the Indrayani River is its source. This lake is well-known as the monsoon lake because during the monsoons it is filled up and dries up during the winter. This lake and its surrounding area is a popular picnic spot that offers activities like bird watching, swimming, and angling. 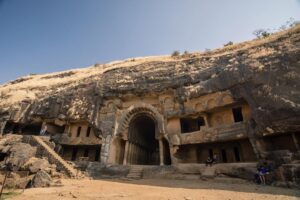 Bhaja Caves are considered the oldest caves in India. It is also a popular attraction of this region. The Bhaja caves have been existing since the 22nd century BC, which are a group of 22 rock-cut Buddhist caves. Bhaja caves are look-alike Carla caves in style and architectural designs. There are statues of Surya Narayana and Indra Dev are installed inside the Bhaja cave. There is a group of 14 majestic stupas in Bhaja cave which are the successor of the resident monks who died at Bhaja. There is also a small waterfall presents near the caves, which increases the beauty of this place. 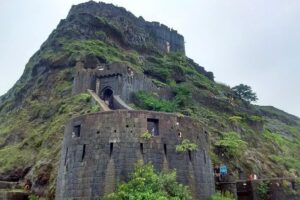 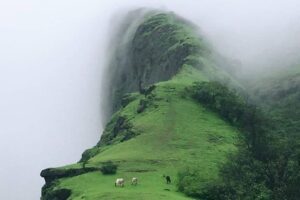 Duke’s Nose is one of the famous and best places to visit in Lonavala. It is famous for its magnificent views and refreshing surroundings. Duke’s Nose viewpoint is nestled about 7 km from Lonavala. Duke’s Nose is situated at the height of 3200 ft and located between Lonavala and Khandala. The area is well-known for exciting adventurous activities, such as trekking and hiking trails, rock climbing, rappelling, camping, etc. This place is popular to have India’s first Slackline Festival. 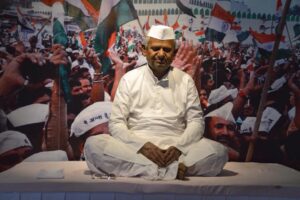 The Sunil’s Celebrity Wax Museum is the first wax museum in Maharashtra. Sunil’s Celebrity Wax Museum is one of the beautiful and popular attractions in Lonavala. It is inaugurated by a 38-year-old Keralian wax artist, Sunil Kandaloor. The museum has almost 100 beautifully sculptured wax figures of famous celebrities from across the globe like Rajiv Gandhi, Benazir Bhutto, Michael Jackson, Kapil Dev, Prime Minister Narendra Modi, the Dalai Lama, Albert Einstein, Adolf Hitler, AR Rahman, and many more. The image of the famous Maratha ruler Chhatrapati Shivaji is the highlight of the museum. 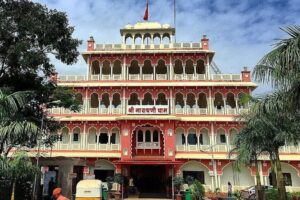 Narayani Dham Temple is a beautiful temple and one of the popular attractions of Lonavala. It is made of white marble and is located in the heart of Lonavala, Dhankawadi Lonavala. Dedicated to Ma Narayani, Narayani Dham Temple is built-in 2002. This beautiful temple is four-storeyed and also houses idols of Ganpathi, Hanuman, and some other deities. This wonderful temple is the perfect place to visit and experience the calm surroundings and beautiful structure. 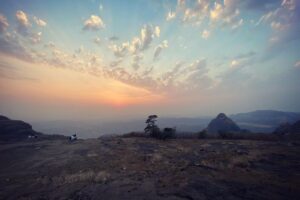 Lion’s Point is one of the most popular tourist spots in Lonavala. It is situated between Amby Valley and Bhushi dam in Lonavala. This is a beautiful point with small waterfalls, lush greenery, and lakes, especially during the rainy season. This point is also famous for sunrise and sunset from Lion’s Point. Especially in Monsoon, it looks more beautiful with its green surroundings. 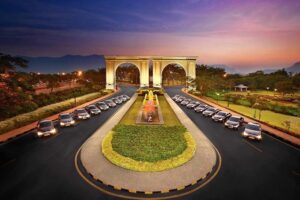 Aamby Valley is a magnificent hilly town, located about 24 km from Lonavala, in the district of Pune in Maharashtra, India. Aamby valley has been developed by Sahara India Parivar. This hilly town is beautiful and attractive with three beautiful artificial lakes and lush green forests. In this valley, water sports and adventurous activities are organized regularly. This 10,000-acre hilly town serves a splendid landscape of nature. The peaceful and serene atmosphere of this valley gives peace to a chaotic mind. 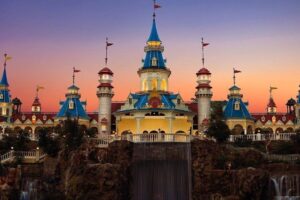 Adlabs Imagicaa is a popular entertainment theme park in Lonavala. It is considered a recreation center, which is opened in April 2013. It is nestled on Mumbai-Pune Expressway. Imagica Adlabs is spread over an area of 300 acres. It is the creation of a famous media firm called Adlabs Entertainment Limited, owned by the entrepreneur and film producer Manmohan Shetty. This entertainment park is divided into three zones namely Theme Park, Snow Park, and Water Park with a group of entertainment options like live shows, roller coasters, a water park, themed entertainment shows, and other activities. 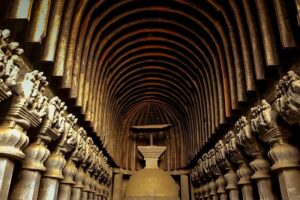 Karla Caves is one of the famous and oldest Buddhist cave shrines in the country and is a beautiful place to visit in Lonavala. This cave is also called Karli Caves, Karle Caves, or Karla Cells. These caves have one of the largest Chaityas or prayer halls with a stupa in India. Karla Caves is well-known for the Ekvira Temple located inside. This cave was formerly known as Veluraka. Karla Caves has a major 15 – meter pillar along with a temple that is dedicated to Goddess Ekveera. 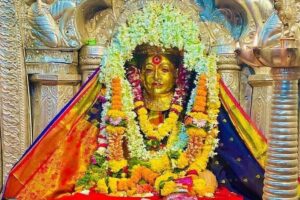 Ekvira Devi Temple is a beautiful hilltop temple dedicated to Goddess Ekvira. It is located near the Karla Caves in Lonavala, Maharashtra. Ekvira Devi Temple, also known as Ekvira Aai Temple is a Hindu religious temple that is especially revered by fisherfolk, known as Koli people. 200 steps of stairs have to be climbed up to worship Goddess Ekvira. The Koli people celebrate Navaratri and Chaithra at this Temple. The Temple is one of the famous and best tourist destinations in Lonavala during the monsoon. 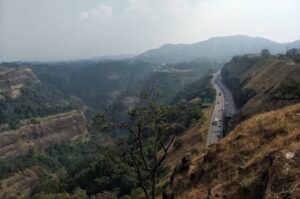 The Amrutanjan Point is a marvelous viewpoint that is located at the starting of Khandala Ghats. This amazing viewpoint serves as a magnificent aerial view of the town Khopoli as well as the Duke’s Nose. This is a beautiful picnic spot that has pleasant weather.