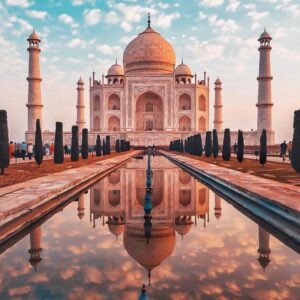 Taj Mahal is placed on the banks of River Yamuna in Agra, India. It was constructed by the Mughal Emperor Shah Jahan as a memorial for his third wife, Mumtaz Mahal. This memorial is one of the seven wonders of the world. Constructed entirely out of white marble in the 17th century. Taj Mahal is one of the most beautiful monuments in the world. Taj Mahal enlisted in a UNESCO World Heritage Site. According to the Persian language the Taj Mahal means the Crown of Palaces. It is one of the famous historical places in India. 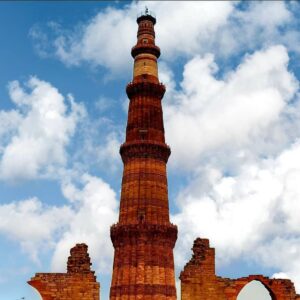 Qutub Minar is one of the famous places to visit in Delhi. Qutub Minar is the tallest stone tower and the second tallest monument in Delhi. It was built by the combination of Irani and Afghani architectural styles.

Qutub al-Din Aibak was the founder of Qutub Minar. An attractive feature of Qutub Minar is the spiral staircase of 379 steps. Its height was 72.5 mt. It is made of marble and red sandstone. It is one of the famous historical places in India. 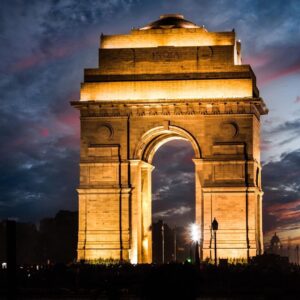 India Gate is one of the important places to visit in New Delhi, is placed in the heart of the city along the Rajpath in New Delhi. All India War Memorial is the original name of the India Gate. It was erected in 1931.

It was built in order to commemorate to honor the 82000 martyrs soldiers of the Indian Army from World War I and the Afghanistan war. Just next to the India Gate, another memorial was built, namely the Amar Jawan Jyoti, to honor martyrs of the 1971 Indo-Pak war. India Gate is also famous for the Republic Day Parade every year. It is one of the famous historical places in India. 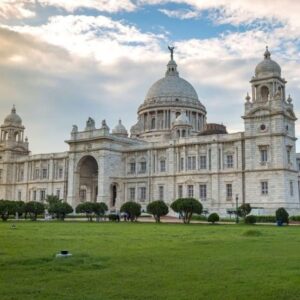 Victoria memorial is one of the great attractions of Kolkata, situated in the heart of Kolkata. It covers around 57 acres of land. It is made of white marble. This marvelous structure was built to celebrate 25 years of rule over India of Queen Victoria. It is an accurate replica of the Victoria Memorial of London.

Victoria Memorial is an iconic structure that represents the joyful part of Kolkata. There is a big statue in the hall room of the memorial and a museum where you can see the dresses and used items of that period. Also, you can see cannon, guns, swords of some historical personalities.

There are a sixteen feet tall bronze statue on ball bearings at the top of the complex, which is the symbol of victory, that increase the grandeur of the memorial. The light, sound, and mountain show of the memorial are very attractive and gives a great immense to almost 20 lacks annual visitors. It is one of the famous historical places in India. 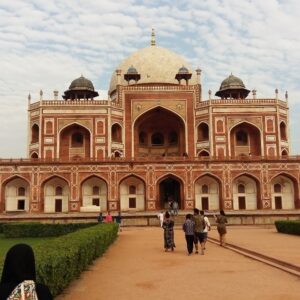 The Humayun’s Tomb or Maqbera e Humayun is one of the best tourist places to visit in Delhi. It is the tomb of the famous Mughal emperor Humayun. It is a historical place.

It was commissioned by the first wife of Humayun Empress Bega Begum in 1569-1570. It is located in Nizamuddin of Delhi, on the banks of the river Yamuna. It is known as the first garden-tomb. The design of Humayun’s tomb is typical Mughal architecture.

UNESCO declared Humayun’s Tomb as a World Heritage Site in 1993. It is one of the famous historical places in India. 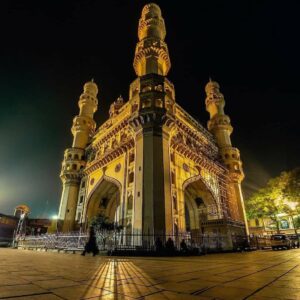 Charminar is a famous landmark in Hyderabad.  It is the most prominent landmark, situated in the heart of Hyderabad. It is built over 400 years ago. This iconic four-storied building was built in Islamic style. The very popular Charminar of Hyderabad is located in the Old City. This landmark is derived its name of four minarets which many believe stand for the first four khalifas of Islam.

This place is constructed by Sultan Mohammed Quli Qutb Shah in 1591. Charminar is also famous for its surrounded market, namely ‘Laad‘ or ‘Chudi’ Bazaar. This architectural beauty has been enlisted in the tentative list of UNESCO World Heritage Sites. It is one of the famous historical places in India. 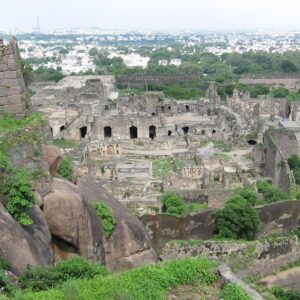 The architectural beauty Golconda Fort is one of the region’s best-preserved monuments. The fort was completed in the 1600s.  It is believed This fort is reputed for the storage area of  Koh-I-Noor diamond. This fort got its name from a Telugu word which means Shepherd’s Hill. This fort attracts its visitors with its system of acoustics, its water supply system, ‘Rahban‘ cannon, and Ramdas’ prison. It is one of the famous historical places in India. 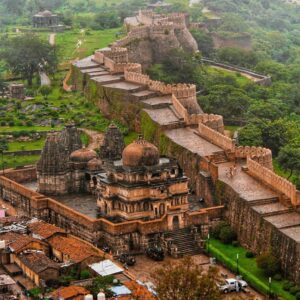 Kumbhalgarh Fort is one of the famous five hill forts in Rajasthan, India. This is the birthplace of the famous Indian hero, Mewar’s legendary king, Maharana Pratap. It is declared the UNESCO world heritage site in 2013. It is located in the Rajsamand district of Rajasthan, just 82 km from Udaipur.

Kumbhalgarh Fort has the second largest wall of the world after the great wall of China. The dazzling fort is nestled in the mid of a forest. Now it is turned into a wildlife sanctuary. This fort is the most important and the second-largest Mewar fort of Rajasthan after Chittorgarh fort. It is one of the famous historical places in India. 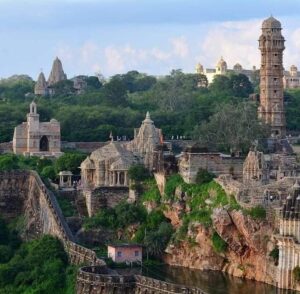 It is supposed to be the pride of Rajasthan as there are many historical sacrifices related to this fort. In the year of 1567, Emperor Akbar defeated Maharana Udai Singh II’s troops. The fort’s soldiers had tried to defeat the enemy but yet could not succeed. For this defeat, the men committed Saka, where they would ritually march to the battlefield expecting certain death, and the women are believed to committed Jauhar or self-immolation.

Chittorgarh Fort is also known as the Water Fort because it had 84 water bodies once, but presently there are only 22 left. The two other major attractions of the Chittorgarh fort are the two famous towers, Vijay Stambh which refers to the tower of victory, and Kirti Stambh which means tower of fame. It is one of the famous historical places in India.